Nokia Here maps seem to be more interested towards updating android and iOS apps rather than developments for Windows phone platform. In a new interview with The Next Web, Sean Fernback, the Senior Vice President, Everyday Mobility, at the company’s HERE division, is quoted as saying, “As a result of the transaction, we’re having to wind down our Windows Phone app development and shift it over towards Android and iOS.” 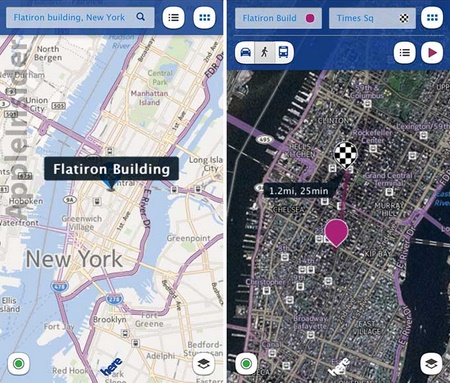 Nokia has always been clear about its ambition to expand its HERE Maps efforts so it can be a worthy competitor to Google Maps. The offline Maps unit of Nokia has recently launched Here Maps for Android. However its only restricted to Samsung smartphones but hopefully it will be available for all other devices for android and iOS by end of this year. In today’s interview, Fernback says that while the Windows Phone development of HERE Maps may not be getting as much attention anymore, it won’t be going away completely. He added, “It’s a dialogue we’re having [with Microsoft], so we will see where it takes us.” It’s more than possible that the two companies could reach an agreement that will allow HERE Maps to continue heavy development on the Windows Phone front. HERE Maps launched as a Windows Phone, and Nokia Lumia smartphones, exclusive in 2013, in a re-branding of Nokia Maps. Nokia also released a version of the app for Windows 8.1.

Source: The Next Web