The Sync system of Microsoft that has been made available since many years but now it’s speculated that this technology may be implemented in cars in the near future. The interesting thing is that the concept would be realised by an interface close to that of Windows 8. This week in BUILD 2014, Microsoft showcased a next-gen in-car technology and said that the user interface used will be just like that in Windows 8 and Windows Phone. The Sync technology is right now implemented and tested on real cars at a race track in Seattle but it’s not known when it’ll be released for public use. 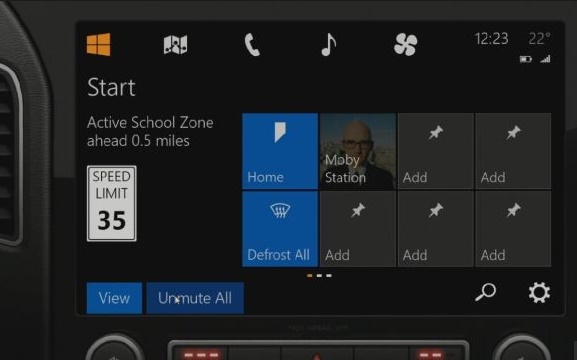 The demonstration of the Sync technology is named as “Windows and the Internet of Things” and is produced as a part of the BUILD 2014 panel. A video has been upload As on the Channel 9 website where Steve Teixeira of Microsoft talks about their plans for connecting cars around 25:33 minute mark. Teixeira also showed a live demonstration of the new use interface of the Windows car concept.

In the talk, it was said that there would be a store for these car apps and software creators could port their Windows apps to work in the vehicle as well. The applications are being modified in such a manner that they work without flaws so that drivers don’t need to look at the apps as distraction means accident.
Hence we are expecting the next big thing from Microsoft.