While the whole world is engrossed with receiving the Lumia Denim update, Microsoft launched a small yet major update for Microsoft Lumia 535. Few Lumia 535 users were facing problems in using the touchscreen which has been readily resolved by Microsoft with this new update. The latest update is packaged as a part of Lumia Denim Update. 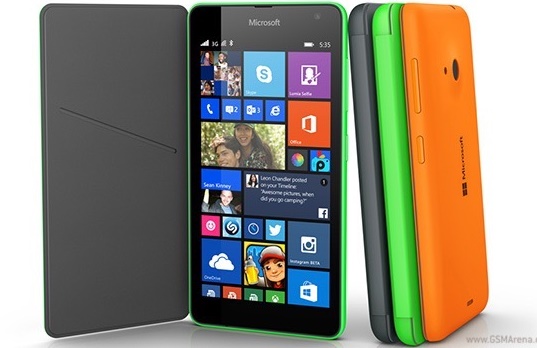 The features which have been incorporated for fixing deveral bugs or improving the stability as a whole are Touch screen performance improvements, integration with Cortana. Cortana is the AI personal assistant that comes with Windows Phone 8.1 and the service has been enriched with so many features. So Cortana is definitely an elegant enhancement in Microsoft Lumia 535. Some more ease of access has been added to the update like turning on or off the data connection in a lot easier way. You can also install phone updates more easily by scheduling them for a time that works best for you. Over stability and performance have been revamped. It is reported that most of Europe will be receiving this update. So users can check their Phone Settings and update their device, if the update is available.