A lot of conjecture has been surfaced regarding Microsoft Paint. It was rumored that Microsoft is planning to drop Paint application. The final verdict is here. The Fall Creator Update will merge MS Paint with 3D paint and will present the app in Windows Store. Many a times, Microsoft has dropped features. So, it is not the first time, but still it came as a shock to many users because Paint is the oldest and one of the most useful features in Windows operating system. The app has revamped gradually for two decades with minimal improvements and now the app will undergo a big makeover. The app will be available in Windows Store 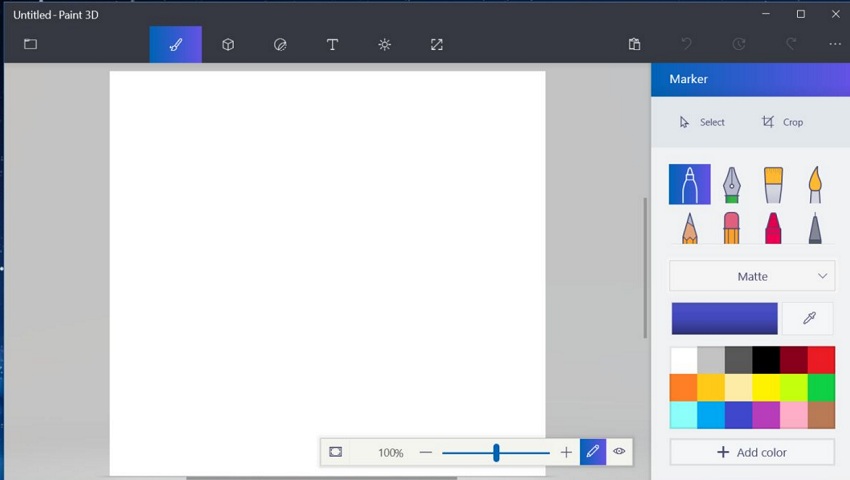 Microsoft announced the Paint app to be the deprecated app. A deprecated app is the one which is no more updated and the app’s life cycle is technically over. This gave us the feeling that perhaps Paint will be removed permanently. Since, Paint is in-built in Windows since its inception, it was requested by users to keep the app. Independent developers often make their applications open source so that anyone can use the app to download it. It also gives other developers a chance to keep the app alive.

Microsoft isn’t going to put MS Paint on Github but it does understand that the app is fairly popular with its users. Putting it in the Windows Store ensures anyone who still wants to use the app still has access to it. The app’s store page will inform users that the app is no longer under development and they can then choose to use it or not.

Microsoft has found a great alternative for Microsoft paint. The Fall Creators update will ameliorate the Paint app and named 3D Paint. The new app incorporates the basic features of Paint along with a plethora of new features like 3D brushes, 3D solid figures, some new finishes for the brushes, stickers, effects etc.

“Whether you’re an artist or just want to try out some doodles-Paint 3D makes it easy to unleash your creativity and bring your ideas to life. Classic Paint has been reimagined, with an updated look and feel and a ton of new brushes and tools. And now, create in every dimension. Make 2D masterpieces or 3D models that you can play with from all angles,” notes Microsoft.