Microsoft just launched the Windows Phone App Studio just three days back. In the mean time only the company is already experiencing a monumental inflow of projects starting off with an online program aimed to make building an app in an easy way. 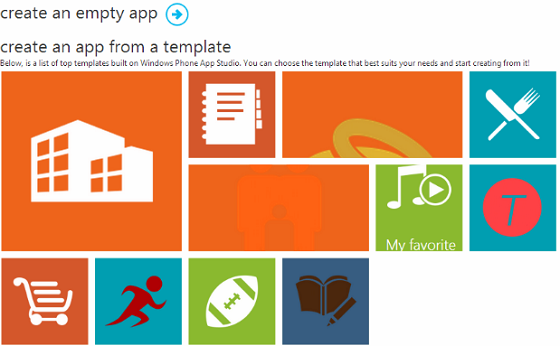 According to Bryan Tomlinson who is a senior product manager at Microsoft, he said that more than 30000 projects were initiated with the program within the first 48 hours of its launch. Tomlinson commented at the Windows Developer Show held on Thursday wherein he stressed on the fact that users don’t need to have a coding experience to use the product. He also said that “At the present moment we are limiting our usage, which is one thing. The reaction to it was slightly larger than we had expected. Nearly about 30,000 app projects were made during the first 48 hours. It was astonishing a decent problem to have but now we are restricting our use. So all what you have to do to is get on there you will going to request an access code. We would be replying within 24 hours with your own access code so that you can get into it.”


Alex Wilhelm of TechCrunch who was a guest of honor at the show remarked that he had made his own app along with the program although he took on the issue with Microsoft merchandising the program for intelligent developers inspite of clearly being planned for people without or much programming experience.


“I worked through and came up with a silly app and made a couple of jokes along the way ans was like, ‘This is cool’, and it was intended more for students and for individuals familiar with the development,” he said. “But also look at where Microsoft is placing it. They are laying it for say-developers who are occupied.”


Microsoft original promulgation of the program stressed that it was for everyone to use although the website for the program
greets “the savvy developer filled with awesome thoughts but not adequate time.”