WhatsApp Messenger has a web version which is compatible with Chrome, Firefox , Opera and Safari. WhatsApp is an immensely popular phone messenger service available for Android, iOS and Windows Phones. Hence the demand to bring WhatsApp support for Microsoft Edge was quite reasonable. Now the good news is that Microsoft has confirmed that they are working hard to bring WhatsApp support to Microsoft Edge as soon as possible. 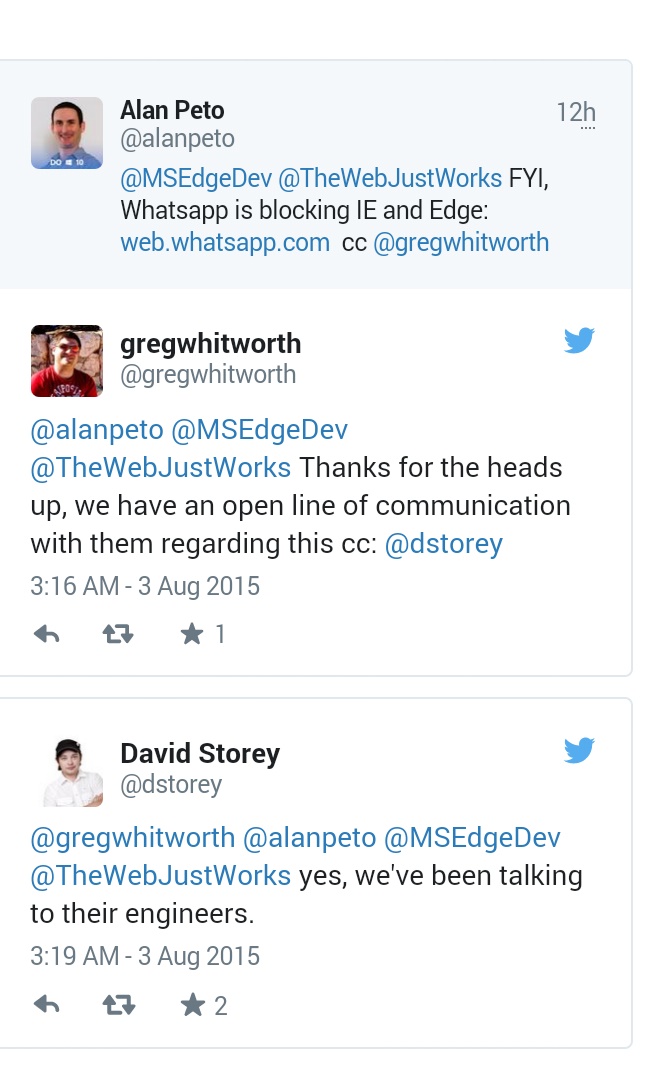 The information was received from tweets between David Storey and Greg Whitworth which says that the issue has been escalated and engineers are working on it.

Yet there is not deadline given or any probable date as when the support will reach to users. But since the news has come from Microsoft itself, then you can be sure that you will get to use WhatsApp web in Microsoft Edge very soon.