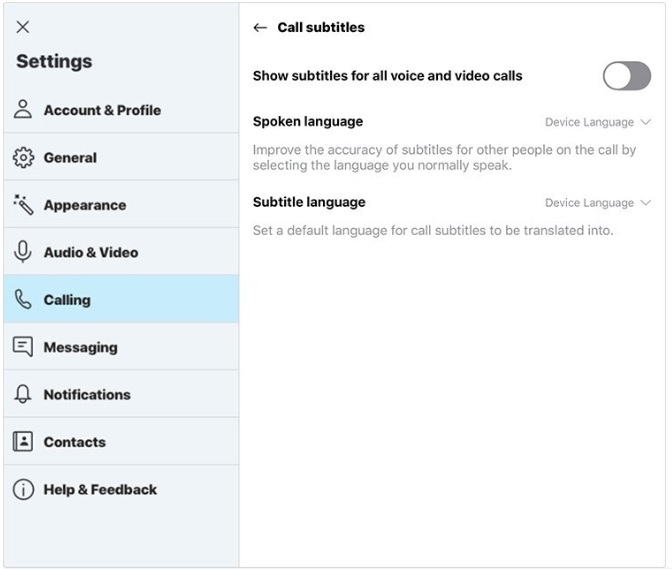 When it comes to benevolent technology, Microsoft is always one step ahead. We have always seen, that the Redmond based tech giant promotes inclusive technology for all. It has worked on several projects like BeMyEyes, Xbox Adaptive controller and several such initiatives for the differently abled people.
Microsoft is celebrating the United Nations International Day of Persons with Disabilities with another new inclusive technology. This technology will include the Live Captions feature for both Skype messenger and MS PowerPoint. With this feature, users will be able to find live speech on the screen. The feature has started rolling out for Skype and will be arriving for PowerPoint very soon.
The feature will work in the following way, that whenever words are spoken, live subtitles will be displayed in real time. The best thing about the Live Subtitles is that the feature has been optimized in such a way that they can adapt to the context of the conversation and guide the users with better experience.
Presently, the feature is available with only one language support, that is, English. Very soon, support for more languages will be added. According to reports from various sources, overall 20 languages will be added in the list. It is currently not available for PowerPoint, but will make its way to Office 365 subscribers in late January 2019, with support for 12 spoken languages in the initial stage. If rumors are to be believed then the support might jump to 60 languages.

Subtitles will show up in real time as the words are spoken, and they’re optimized so that they adapt to the context of the conversation as they go. In the future, you’ll also be able to scroll through previously spoken words, a feature which already seems to be available in the latest builds for Skype Insiders based on our testing.

This new change has been appreciated and applauded by the Government of Canada. Yazmine Laroche, deputy minister responsible for Public Service Accessibility, Canada says saying:

“We are constantly looking for new ways of ensuring that the Government of Canada sets the highest possible standards as an accessible and inclusive workplace. We welcome such positive advances in technology, like this feature, that allows everyone, and notably those with disabilities, to better communicate ideas. They help break down barriers and lead to greater inclusiveness to the benefit of individuals and society as a whole.”