Microsoft has rolled out Windows Temple Studio 1.2. Microsoft made the announcement about this release back in the month of May. The Windows Temple Stuido 1.2 enables developers to build Universal Windows Platform (UWP) apps with much ease and poise. It converges its focus on “high quality code generation for a strong starting point”. Here are the prominent features of the new version.

Microsoft has made sure that Windows Template Studio has been inducted into the .NET Foundation, an independent organization formed by Microsoft which supports open-source .NET. It has chalked out a number of new features and enhancements that will be coming in future versions of Windows Template Studio, including Fluent Design in templates, Project Rome features, Ink templates, and support for Visual Basic, among other things.
The update arrives automatically. If you haven’t received the update you can force your machine to update. Just go to Tools > Extensions and Updates, and then clicking on “Update” for Windows Template Studio in the expandable pane on the left. 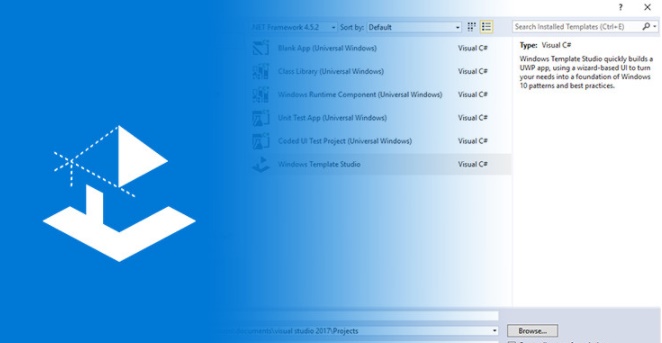 Improvements to the Wizard: