There is a latest news about Surface tablet that came out from Windows news channel Winbeta. This model is rumored to be a successor of the popular Surface 2 tablet which came as a successor to Surface RT with vast improved features. 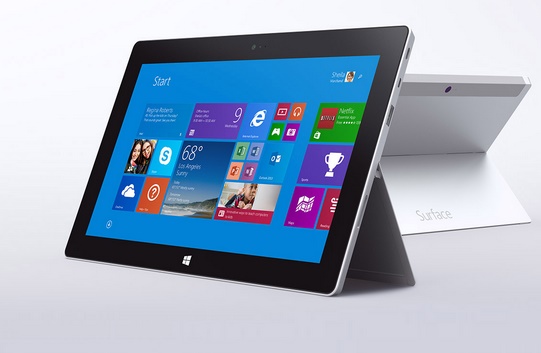 Let’s have a look at the anticipated features. The features, the new Surface will incorporate seems to be a successor of Surface 2 RT. The tablet will come pre-loaded with Windows 8.1 which can be upgraded to Windows 10. Besides, the processor will be ATOM or Intel Core M based and will not run Windows RT.

One of the good thing to cherish about this news is that Windows 10 coming for a non-Pro Surface tablet which will be upgradable to Windows 10. Microsoft launched the Surface Pro 2 just side by side the Surface 2 which came with Windows 8.1. When the company later on launched the Surface 3, there were speculations as why no Surface Pro 3 arrived. But ultimately Microsoft never rolled out any such device. So thus Surface tablet definitely soars high in expectation.

At the beginning of this year, Microsoft announced that non-Pro devices will not get the Windows 10 update but things seem to have changed now. Microsoft will announce this device sometime before/at BUILD.