Microsoft Lumia 535 has been unveiled officially today by Microsoft. Yesterday a number of images and a list of specifications were leaked online and surprisingly most of them is present in the official release. The one rumor that was quite intriguing was the 5 MP front facing camera. A lot of conjectures was there regarding the validity of the rumors but the final outcome has definitely surprised every one.The specifications shows that the phone is focusing mainly on resplendent images and selfies. Hence the high resolution selfie camera. The packaging comes with Microsoft Lumia 535, User Guide, Battery, Charger. 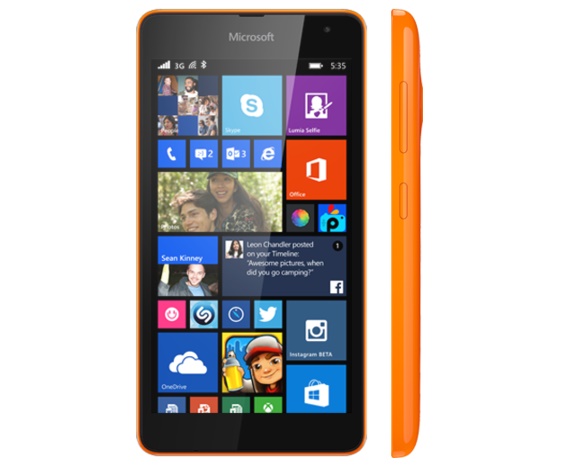 The features are listed below once again:

Other than the above mentioned features, it has all the features like GNSS features with support of both GPS and GLONASS, Wi-Fi, Acceleratometer, upto 4G internet speed and many more. The phone is available in six different colors. Price will be around €110 or about $136 USD. An expected release in the United States in during November.