October has been a great month for Microsoft as it launched copious number of new devices like Lumia 950, Lumia 950 XL , Microsoft Band 2, Surface Pro 4, Surface Book and many more. Lumia 950 XL is one of the most desired smartphone at present times as it comes with some really amazing features like 4K video recording, providing output 60fps video to an external monitor at 1920x1200px. The phone also has external monitor at 1920x1200px. All these factors will take a toll on the battery which in turn will heat the overall system of the phone. Hence, to reduce the over heating of phone, a liquid cooling system has been installed. 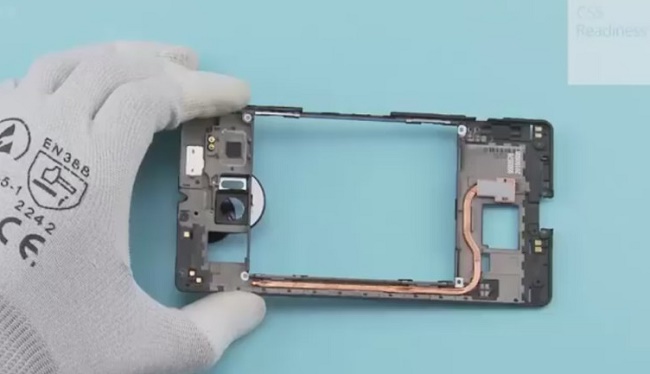 As Windows Blog Italia reported, Kaption LAB disassembled the Lumia 950 XL into perfectly separate components which showed off two important aspects that Microsoft boast off. One is the Liquid Cooling system for the smartphone. As said earlier, to cope up with the heating effect of the high end sensors and parts of the Lumia device, Microsoft has decided to keep this cooling system. If you watch the video you can find the Liquid cooling system while being picked up one by one.

The video also shows how smoothly the entire device can be disassembled if taken proper care. Another interesting thing, that you must take note of, is the Windows Hello Sensor. Windows 10 will introduce the Windows Hello feature which aims to remove the need of password or PIN based security system and replaces them with biometric authentication methods like fingerprint scanner, iris detection and face detection. The disassembly of the Windows Hello sensor an be viewed at 5:19 min.