Last month Microsoft introduces REST API service for Windows App studio. Since then, there was a speculation that the Redmond based tech giant will add an API gallery in the Windows App Studio. The July 2016 Update is here and as per the reports, the company has added a plethora of new features which include this API Gallery. 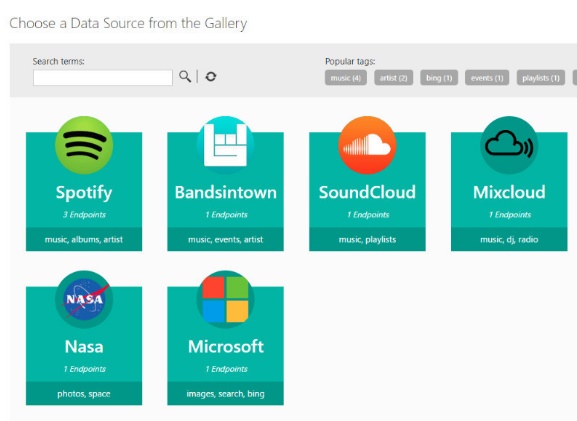 Here’s what you will be getting:

The new API Gallery packs unlimited data sources within another data source and the best thing is that it can be customized by you. There has been a  new data source for generic REST API support. As Microsoft says,  the REST API gallery is very efficient, powerful, but a little in-depth in case you are not habituated with some developer concepts. “In this release, we’re including the API Gallery, a new data source that builds upon the REST API Data Source while decreasing the complexity of implementing a REST API”, wrote Microsoft in Windows blog post. The API Gallery amasses the implementations and applications of REST API data source. It’s also known as Custom API Data source. So let’s say you implement a API that lists events by region and type, and has links to purchase tickets. You can now implement the API in the Custom API data source; once it’s created, tested, and working, you can share that implementation with the community by submitting it to the API Gallery.


Microsoft also mentioned that they have already adumbrated plans about Windows App Studio for the next 12 months and they promise to bring exciting features in near future.