On July 29, Microsoft will launch the much anticipated Windows 10. Windows 10 will bring a plethora of new features and revamps which we have seen so far via different preview builds. Now the latest builds which are being launched by Microsoft indicates that the company is giving its final touch to Windows 10. Microsoft also mentioned abou a new feature that will enable users to install apps on SD card with Windows 10. 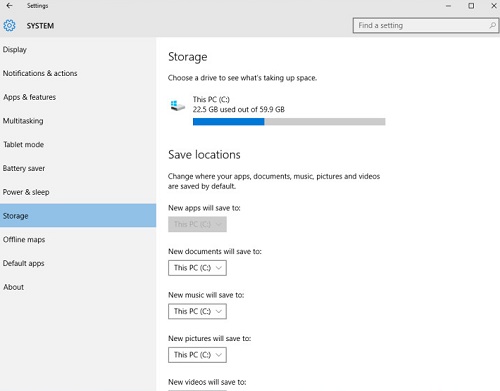 Unfortunately, this is not going to happen anytime soon. Microsoft has postponed the plan of bringing this app installation feature for Windows 10. However Microsoft assured its users that the feature will be made available later this year. So we can presume that the update will roll out along with Threshold Wave 2 and will be released likely along side the Skype messaging app.

In Microsoft’s discussion forum, it replied to a user, “We have actually made the decision to postpone the apps on SD functionality to a later release. While I know this feature excited many of us, we didn’t feel like it was ready for prime time. Our goal is to delight users with everything that we build, and we truly feel that that is what will happen once we have fully built our vision for this feature.
“