Microsoft is geared up to reach out to Linux developers by expressing their idea of incorporating the Bash Shell to Windows 10. In the Build 2016 event, Kevin Gallo of microsoft made this big announcement. This implies that users will be able to run Ubuntu on Windows 10. the real thrill is not just about bringing Bash to Windows 10. It has been made possible long before by several third party applications. 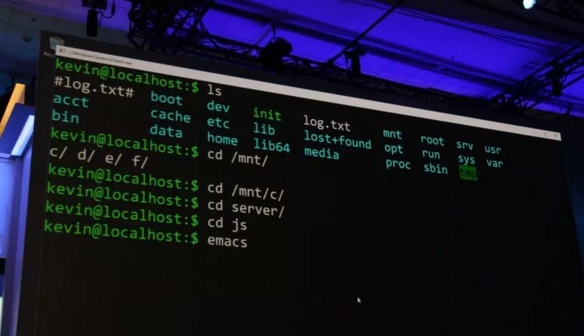 So, the excitement lies in the fact that Ubuntu users will be able to run Ubuntu simultaneously with Windows. You will not require a virtual machine to run Ubuntu as the OS will become an integrated part of Windows 10. “This is not a VM. This is not cross-compiled tools. This is native,” he said. “We’ve partnered with Canonical to offer this great experience, which you’ll be able to download right from the Windows Store.”

Canonical’s direct partnership with Microsoft seemed freaking awesome to the audience as they burst out in applause. Ubuntu will run mainly on a foundation of native Windows libraries. So Microsoft will have to dig harder in order to bring containers to Windows 10 in project Barcelona. As the event wrapped up saying “more coming soon” which is an clear indicative of a more open Windows platform in near future.