Some images have been leaked from China which revealed that the supposed Lumia 850 is not coming. Rather it has been replaced by Lumia 650 XL. This news is utterly disappointing to Windows Phone users as they were looking forward to the phone since a long time. The real images of the Windows 650 XL looks quite beautiful and stylish but looks can always deceive you. 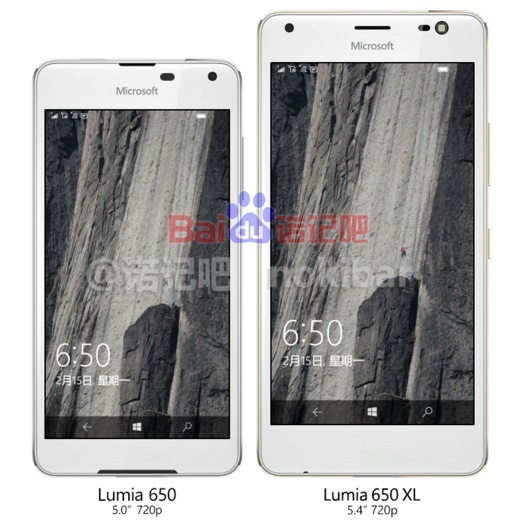 The device is reportedly sporting Snapdragon 8909 processor which is same as Snapdragon 210. The same processor is used in Lumia 650. The phone will have 5.4 inches screen with screen resolution of 720p. Previously there was a rumor that the expected handset will have an iris scanner. Unfortunately, the anticipated iris scanner on the leaked images is actually front facing flash.

The device looks attractive but given the unstable and hefty Windows 10 Mobile operating system, the device is not expected to run smoothly. A good number of third party OEMS are making way towards Lumia 650 XL giving a new ray of hope to users.