In an interview with Business Insider, Microsoft’s ex CEO Steve Ballmer expressed his grievances about the company’s approach towards handling the mobile business. Since the time he left Microsoft, the company has invested in several new endeavors and one of the major projects have been the cloud computing. Microsoft has performed really great and has carved a niche of its own beside Amazon which is at its zenith right now. 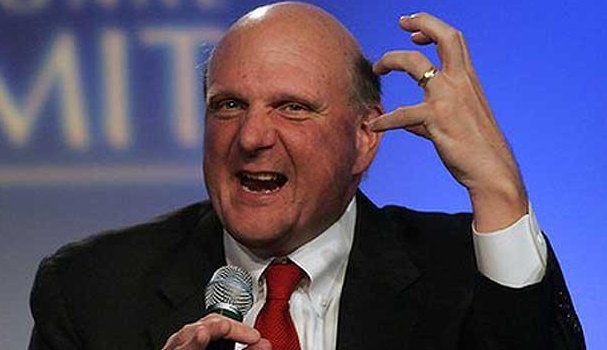 Ballmer has heartily praised his past company for the fields it has excelled in. He especially mentioned about Microsoft’s effort in ameliorating the cloud service of its own. Since Cloud is the new future that everyone wants to reply onm, exceling in such a field is definitely worh mentioning.

From a client perspective, I really think the work Microsoft’s doing with Surface, with HoloLens, with Xbox, that stuff’s absolutely essential to the company’s future. Because innovation in the future will either be from the cloud out to all devices, or from devices as supported by software in the cloud. I think it’s important for Microsoft to participate both ways. I think you see that with the work the company’s pioneering with Surface, even more so with HoloLens and Xbox.

On the other hand, Steve ballmer seemed to have been a bit disappointed with the directionless approach that Microsoft has embraced for its mobile business.

…the company really has to chart a direction in mobile devices. Because if you’re going to be mobile-first, cloud-first you really do need to have a sense of what you’re doing in mobile devices. I had put the company on a path. The board as I was leaving took the company on a path by buying Nokia, they kind of went ahead with that after I told them I was going to go. The company, between me and the board, had taken that sort of view. Satya, he’s certainly changed that. He needs to have a clear path forward. But I’m sure he’ll get there.

he talked more about his passion to pursue a career on his own. You can read his candid interview from Business insider