HTC is now dedicating itself in making beautiful Windows phones and the phones are reportedly coming with Verizon. HTC is extracting and incorporating the best of the operating system. The specs, by far has finally reached us and the handset will be coming within a month from now. The device, much before its inception has won the cards. 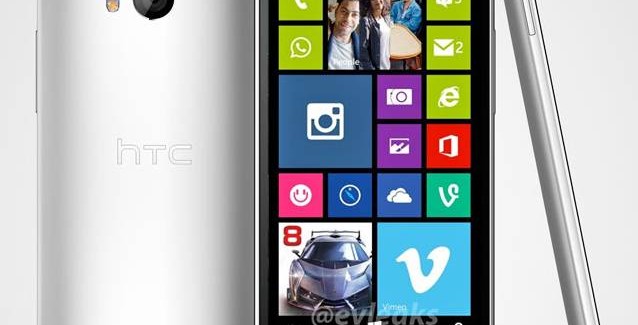 HTC One M8 running the Windows Phone operating system will include high-end specifications especially the Dot View Case. The phone will sport a Quad core Qualcomm Snapdragon 801 processor with processor speed 2.3 GHz. It will have a decent 5 inch full HD screen havung Super LCD3 display. The display has Corning Gorilla Glass 3 which adds to its durability. The phone has 2 GB RAM and 32 GB internal storage with a micro SD card slot which is expandable upto 128 GB. Camera is another great possession of this phone. An Ultra pixel primary camera with 5 MP front facing camera is simply great. Other important features include Nano SIM, HTC Boomsound, U-Focus, HTC Dot View case and 2600 mAh battery camera.

We have already seen that the Android version turned to be one of the finest phones in the market. This phone teamed up with Windows Phone 8.1 OS and Verizon will be an excellent device indeed. Besides Cortana will be another reason to own the phone. Cortana is coming in many other countries besides USA. So it’s something really cool.