Check out the pre-requisites first!

Steps to reserve Windows 10 for your Windows 7 and Windows 8.1

1. First of all check if there is any Windows 10 icon at the Taskbar or not. If there is an icon as shown in the figure, move the cursor over it. It will pop Get Windows 10. Click on it to Reserve Windows 10 for your Windows OS. 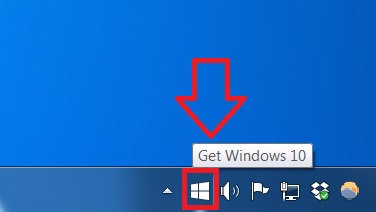 2. So now that you have clicked here, you can reserve for Windows 10. Microsoft generally prompted Windows 7 and Windows 8.1 users to reserv for Windows 10 upgrade but even if you have not received any suggestions like this, you can install new updates via Windows Update. 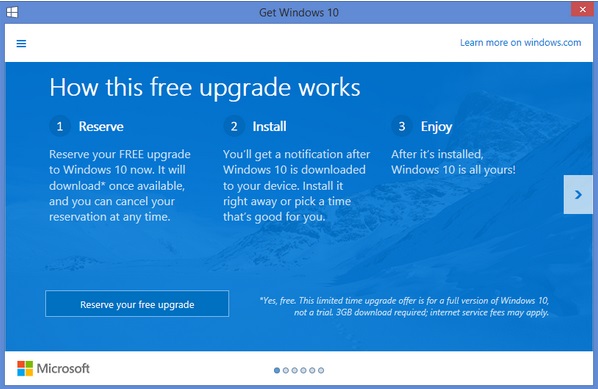 3. Check out the steps below:

It will download* once available, and you can cancel your reservation at any time.

You’ll get a notification after Windows 10 is downloaded to your device. Install it right away or pick a time that’s good for you.

After it’s installed, Windows 10 is all yours!

Now follow the instructions as mentioned by Microsoft and reserve your Windows 10! 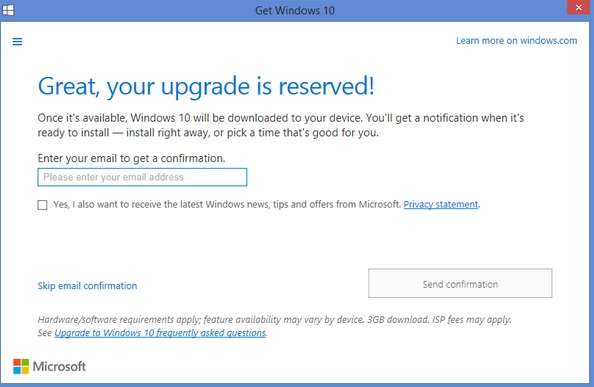