The next big update for Windows 10 is anticipated to be launching in Fall 2017. The name of the major uopdate has not yet been decided. Atleast, we haven’t heard about it from Microsoft. Out of the several new features that are going to be brought by the new update, one is the Fluent Design. The design is currently in its testing versions and has started rolling out in bits and pieces to users on the stable version. One major feature that is making its way to Windows 10 is the People bar. It’s a little bar that opens from your taskbar. It lets you quickly access your contacts, and pin them to the taskbar. It’s a neat feature but if you don’t want to use it, you can remove the People bar in Windows 10 pretty easily. 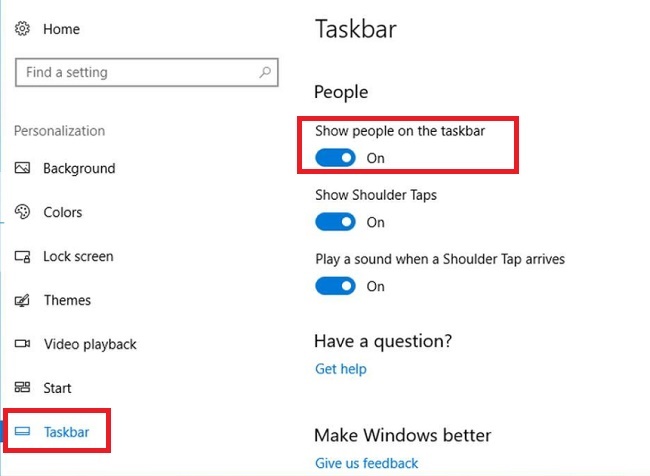 1. Open the Start Menu and go to Settings.

2. Go to Personalization group of settings.

3. In the left panel, you will find the Taskbar tab.

4. Next, scroll down to the People section.

5. Simply turn off the ‘Show people on the taskbar’ menu by tapping on the slider to remove the People bar in Windows 10.