The following tutorial will help you find the keyboard shortcuts on game bar for Windows 10.

4. In the right panel, you will find the option Keyboard Shortcuts. Under the keyboard shortcuts, the entire list of Windows shortcuts for Gamebar is given.
br> 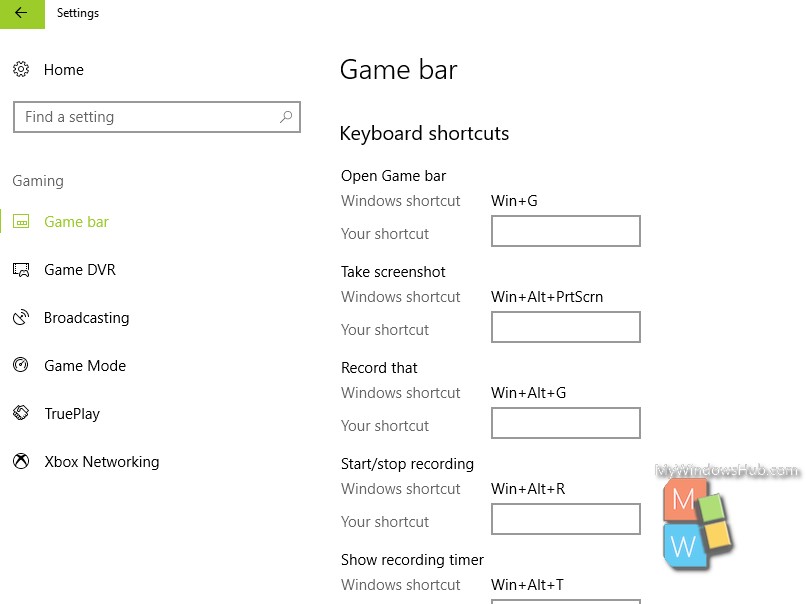