4. In the right panel, you will find the option Game Bar. Below this, there is an option called Show Game Bar when I play full screen games Microsoft has verified.
br> 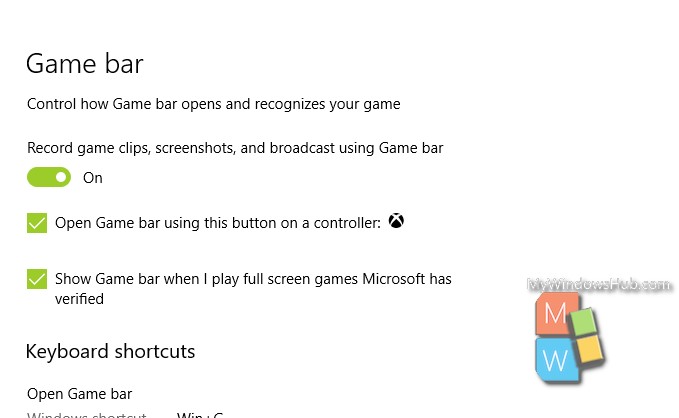 5. If you do not want this feature, then uncheck the option.
That’s all!