Microsoft has shown quite impressive improvement with its motion-sensing technology. Microsoft is well known for its expertise in developing motion tracking systems. The new hand tracking system is based on the known “Kinect” technology, a line of motion sensing input devices by Microsoft for Xbox 360 and Xbox One video game consoles and Windows PCs and enables humans to interact naturally with computers. The similar technology is also seen in HoloLens virtual reality headset. 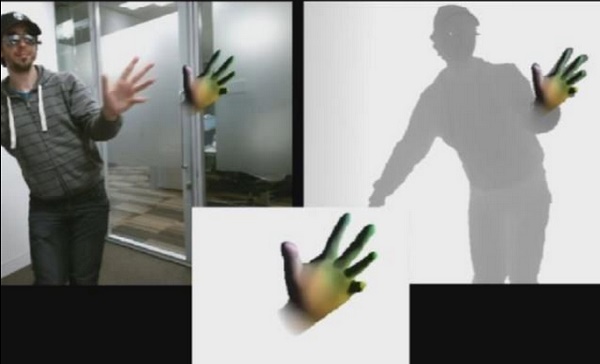 This time, Microsoft Research has just veiled off to their new development, the brand new real-time articulated, flexible, accurate and robust hand tracking system, the Handpose. The system can accurately reconstruct sophisticated hand poses that people do in their daily lives, using only a single depth camera embedded in mobile devices. It is a real-time hand tracker that helps to recognize different hand gestures. It can be tracked in different lighting environments and even it can recognize from a distance from the camera. It also allows for robust tracking and has the ability to rapidly recover rapidly from any temporary failures. Handpose enables a new possibility for human-computer interaction (HCI).

Handpose provides accurate and flexible method for reading subtle gestures which can detect the hands so that the camera can recognize the user’s relative position. The hand tracker, no doubt, is very flexible in camera placement and operating range that even the subject does not need to stand in front of camera. The designing of the hand tracking system is more challenging than expected. The hand gestures are not that see and moreover the movement of fingers are delicate enough and can indicate far more gestures that will be difficult for the camera to understand.

Microsoft said, “Cameras, even modern consumer depth cameras, pose further difficulties: the fingers can be hard to disambiguate visually and are often occluded by other parts of the hand. Even state of the art academic and commercial systems are thus sometimes inaccurate and susceptible to loss of track, e.g. due to fast motion”. They even added “Many approaches address these concerns by severely constraining the tracking setup, for example by supporting only close-range and front facing scenarios, or by using multiple cameras to help with occlusions.”
There are still some limitations but it is expected Handpose could also be used to improve the existing motion tracking technology on the Xbox One’s Kinect. This new feature is quite exciting in the world of motion tracking. Ready to use it, please share your thoughts.