The volume mixer has been upgraded in the Windows 10 Fall Creators update. The volume mixer has been an important feature in Windows 10 for a long time. This application enables users to control the volume of speakers, headphones and even different apps individually. Initially, the volume mixer could only control the volume for desktop apps. The Universal Apps on Windows 10 were not enlisted to get the privilege. Hence, the new Windows 10 Fall Creators Update got ameliorated and extended the support for UWP app. You can now also give Netflix exclusive speaker control. Here by Netflix, we mean the UWP app of Netflix. This app can be downloaded from Windows Store. Even though the volume control is meant for the Netflix UWP app, but it will also work for Netflix opened in any web browser, provided, there is no other sound being played in that browser. 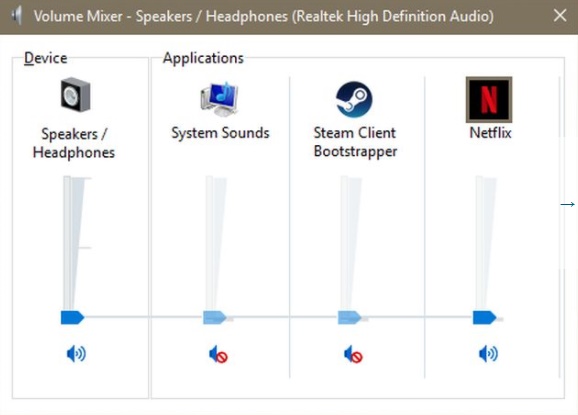 How To Give Netflix Exclusive Speaker Control On Windows 10?

1. As you are playing some movie or video in the Netflix UWP app, right-click the volume icon in the system tray and select Volume Mixer.