Joe Belfiore of Microsoft gave a news at an event in AMA in Redit that the along with the advent of Windows Phone 8.1, file manager will go official. Although Belfiore gave some screenshots along with the exciting news, but he did not give any detailed information. He gave a light idea that the new tool might arrive in May but that was not a gurantee but only a possibility. Few days left to the said date, we hardly expect it to arrive in May. Microsoft finally announced that the date won’t be in June even. 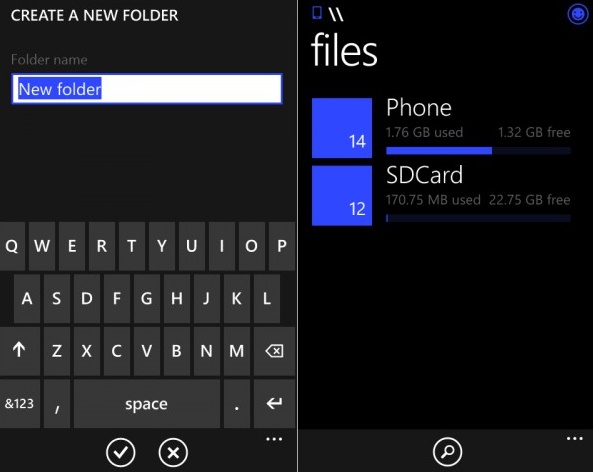 Microsoft brought some more information besides release date and the important one is the name. We hear that the name will be Files. Just small and smart with no unnecessary suffix and prefix. We have had seen that Microsoft prefers simple and smart names and hence suffix like Explorer or Manager will be removed. So we shall be hitting on it as soon as it hits the Windows Store.