Among the different versions of Windows 8 only Windows 8 Pro version will allow users to downgrade to one of the older Operating Systems (Windows 7 or Vista). 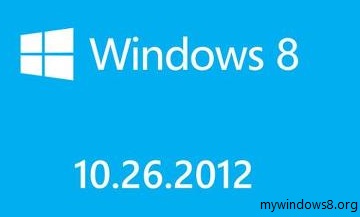 According to Microsoft Notebooks, desktops and other devices powered by Windows 8 Pro will go on sale from October 26. We have already seen there are many changes in Windows 8. Unlike its predecessors Windows 8 comes with a new User Interface the Metro UI. Metro UI in Windows 8 received mixed reviews from the users. Some users got it very powerful and eye candy, where some users feel introduction of Metro UI increases the complexity of the user interface and according to them the older Operating Systems like Windows 7 or Vista fitted better for their needs.

So, Microsoft decided to allow the users to downgrade from Windows 8. To be more precise, owners of the Windows 8 Pro SKU will be able to downgrade the platform to Windows 7 or Windows Vista, according to their needs.

The users do not need to buy another license for the downgrades. Though users won’t be provided with the option to downgrade to Windows XP leaving Windows 8, as Windows XP will no longer be supported by Microsoft starting April 2014. This feature is mentioned in the software license agreement for the Windows 8 Pro version that OEMs will install on their new PCs.