Windows 10 has experimented so much with Cortana through out its Preview builds, that it has become quite obvious by now that Cortana will hit the Windows 10 PCs with a bang. So keeping this in mind, Toshiba will add a dedicated button for Cortana in its range of Windows 10 PC. This means you can get access to your personal digital assistant straight from the keyboard. 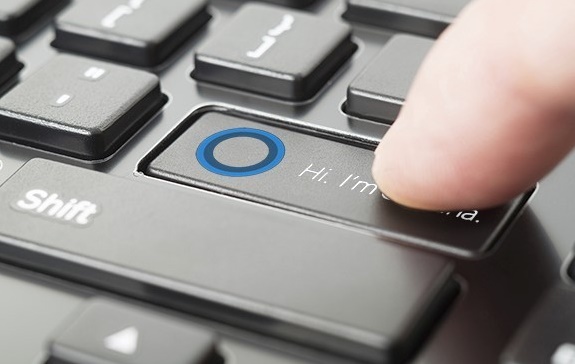 According to Jeff Barney the General Manager and Vice President in charge of the PC section of Toshiba America, the Cortana button will be there on almost all of the Windows 10 PCs to be launched by Toshiba. The key will be located in the upper left area, near the function keys. It was found in the Cortana of the preview builds that the Digital assistant in PCs had problem with following audio instructions. Most of the time, the Cortana did not open or opened by following noises. So a dedicated button will be helpful in all aspects. Experts suggest that a dedicated hardware Cortana button would be easily accessible by the PC users. IDG News Service reporter Blair Hanley Frank says that the Windows key + C combination which previously opened Charms bar, will now launch the Cortana.

Bob O’Donnell of TECHnalysis Research points out that Toshiba has curved a niche for itself in the PC marker of the Unuted States. So this is surely a good way to promote its popularity and brandname and at the same time distinguish itself from its competitors. O’Donnell said he had installed Windows 10 on a Surface Pro 3 and an HP Spectre. His verdict about Cortana integration with PCs were just ok. “It’s hard to pass judgement on that,” said O’Donnell. “They’re going to keep working on it up until the last minute.”