Cortana was first launched for Windows Phone 8.1 and along with United States, was the United Kingdom to get the mobile AI for the first time. But after the Windows update, United Kingdom did not receive further updates on Cortana that Microsoft made in course of time. For example the country did not get the iOS and Android versions of Cortana. After two years, finally UK is getting Cortana for iOS and Android. 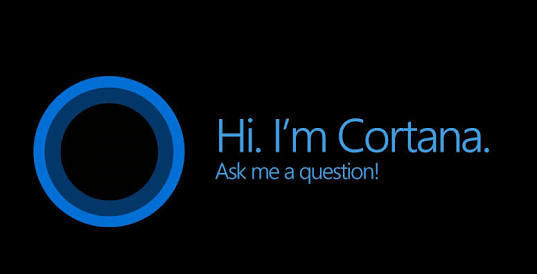 Check out the salient features that the Redmond based tech giant is offering.

1. Reminder- The new reminder is not just confined to one device but can perform reminding functions across all other platforms. For example, you can set a reminder with Cortana for your PC and the reminder will be propagated to you across all your mobile platforms, and not just the PC.

2. Smart Missed call alert- The new missed call alert enables Cortana to manage calls when you are in a meeting or in a situation where you cannot attend calls. When you are unable to receive calls, Cortana sends you a missed call alert on your Windows 10 PC and she also sends back a text message to the caller that you’ll call the person later. All these functions will be performed without requiring you to leave the PC.

3. Optimized for mobile- The Artificial Intelligence mobile manager is specially optimized for mobile it has been designed specifically for your mobile life with quick action buttons and voice to get what you need quickly, a streamlined design and widgets for Android and iOS.

Microsoft also said that Cortana is getting a fresh look. Based on the feedback that the company received over a year, it decided to revamp the design and present a much simpler User Interface. It will bring the frequently used things in the front. Many more changes will be noticed.