Clover has totally taken the feel of Google Chrome by providing tabs to Windows Explorer in a very effective manner. As a matter of fact, everyone should use this software so that the users would save time on their part. The installation of the program is pretty quick and efficient. It doesn’t always have to be operated in its default appearance. Various themes are available on the internet for the user to download and customize the look and feel according to his own need.

A built-in themes store would be a welcome addition to the app. The app does let you put your most-used folders in a bookmark bar, which makes navigation so much smoother. There are no changes to the right-click menu, so you’ll have to manually open a tab and navigate to the folder each time you want a new folder. Surprisingly, the program isn’t a RAM hog, even if you have multiple tabs open at once.

The version of Clover that has been launched recently is 3.0.365. It has many new features in this version such as,

The features that have been improvised are,

– Speed up response to network folders

Its size is 2.5 MB, so it is space efficient also. You can download it form HERE.

While installing unzip the package downloaded from the above-mentioned link, and double click on it. Follow the instructions as they appear. You can choose the directory as to where it is to be installed.

After installing it, just double click the icon on your desktop and see the magic. 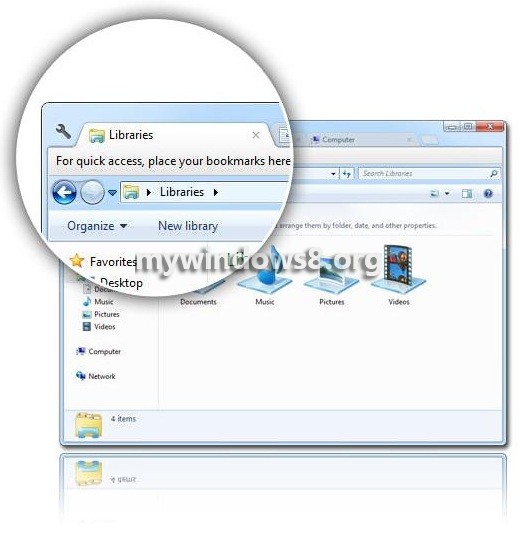 Clover totally gives the experience of Google Chrome in Windows Explorer by which you can have multiple tabs at the same time thereby enhancing the user to easily switch tabs as and when he wants.