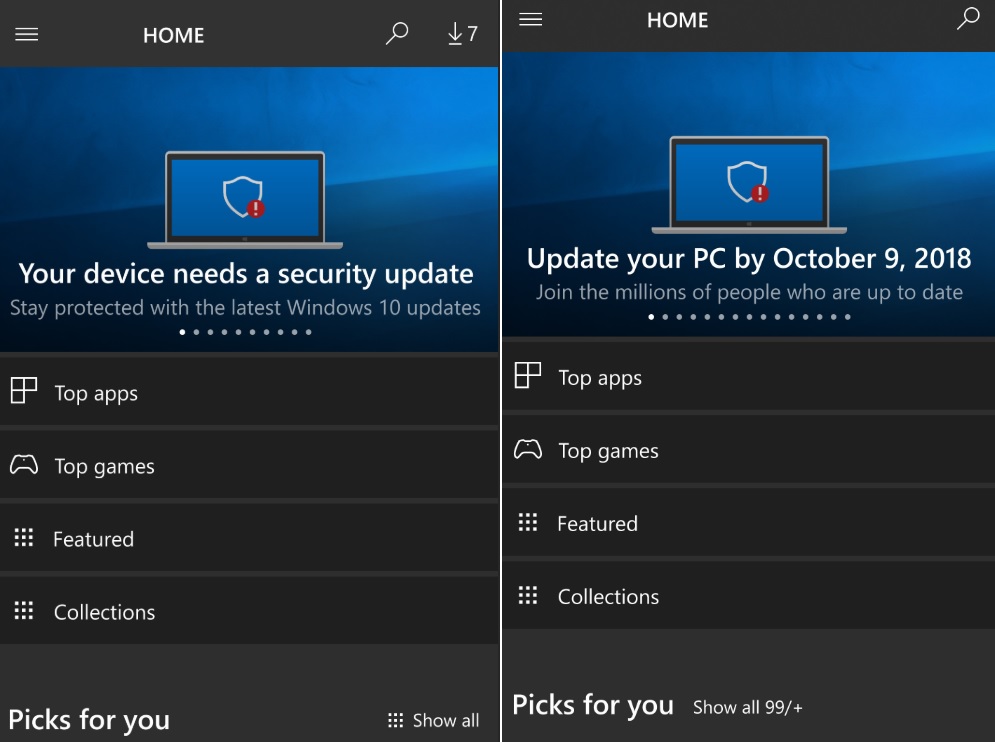 Microsoft has stopped pushing Windows 10 Mobile operating system. The mobile OS, which started with a bang is now dead. Despite the gradual death of the OS nearing, Microsoft is still sending monthly security patches and patch Tuesday. Now, users whose device have version 1607 and more advanced versions are still getting the patches. According to the news, Microsoft officially withdrew support for the original version 1511 of Windows 10 Mobile.

The Windows 10 Mobile Anniversary Update was first launched in August of 2016. The release was made just some days after Microsoft released the Windows 10 anniversary update for PC. Windows 10 Mobile, however, did not click with others. Be it the user interface, the buggy builds or the limited app options for Windows Store, the OS failed miserably. On October 9, 2018, the Redmond based tech giant will call it quits. A new listing on the front slider of the Microsoft Store app on Windows 10 Mobile has started displaying a banner, It is asking users to “Update their PC” by October 9, 2018.

The update prompt is showing up on all versions of the OS. However, for devices on version 1607, the prompt banner says “Your device needs a security update”. When you tap on it, you are taken to the Windows 10 Update page. Surprisingly funmny, but the update news is for Windows 10 on PC, since it initiates a download of the Windows 10 Upgrade Assistant.