Start Menu is a feature which is being talked about from the age of Windows Vista and still being talked upon. The discussion are dateless and ideas to customize it are endless. Since then, Microsoft even enhances the Start Menu as per the crowd’s experience. If you take for instance that of Windows 7, it is one of the best user friendly start screen ever made on Windows platform.

Post that Windows jumped into the Windows 8 genre which had a tiled look in every app possible which also includes the Start Screen. This tiled look didn’t turn in more crowd as there were numerous complaints regarding its usability. The same went into Windows 8.1 family but results were all the same since there were only few minor enhancements.

And now, Windows has launched the Technical Preview of Windows 10 which looks like to be more easily customizable in every possible way. Coming to the Start Screen, Windows has given such features in it which has never been given in any of the start screens till date.

The Start screen here probably has a look and feel which is the amalgamation of Windows 7 & Windows 8 and developed into a single form. Many a people might be thinking that what took Windows so much time in reverting back the look of the new start screen to the days of Windows 7, for them the message is that the new one got with it some UI enhancements which gives us the liberty to control its look and size also !!

The first point which I would like to discuss here is the resizing of Start Menu which intrinsic feature provided this time. Once you open the Start Screen by hitting the Windows button, you would be provided with a screen shown below. 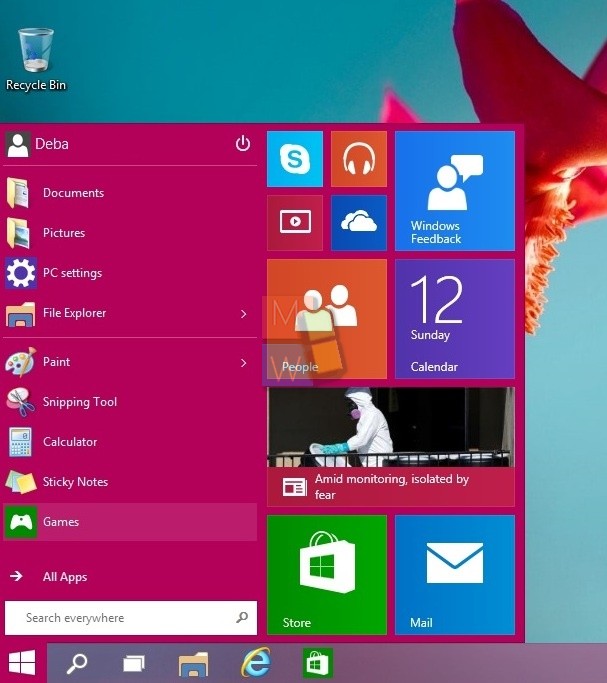 The start screen has a minimum as well as maximum limit preventing it from getting added to your desktop as shown below.

Also the width of the screen can be adjusted by pinning/unpinning the apps from the Modern UI menu which can be done by right clicking on app and select pin/unpin from Start Menu.

In addition to this, the area occupied by the apps can also be adjusted by simply dragging them in the start screen itself to your desired position and start menu will configure the width accordingly. If you see my previous picture, you will see my start screen width has increased a bit. 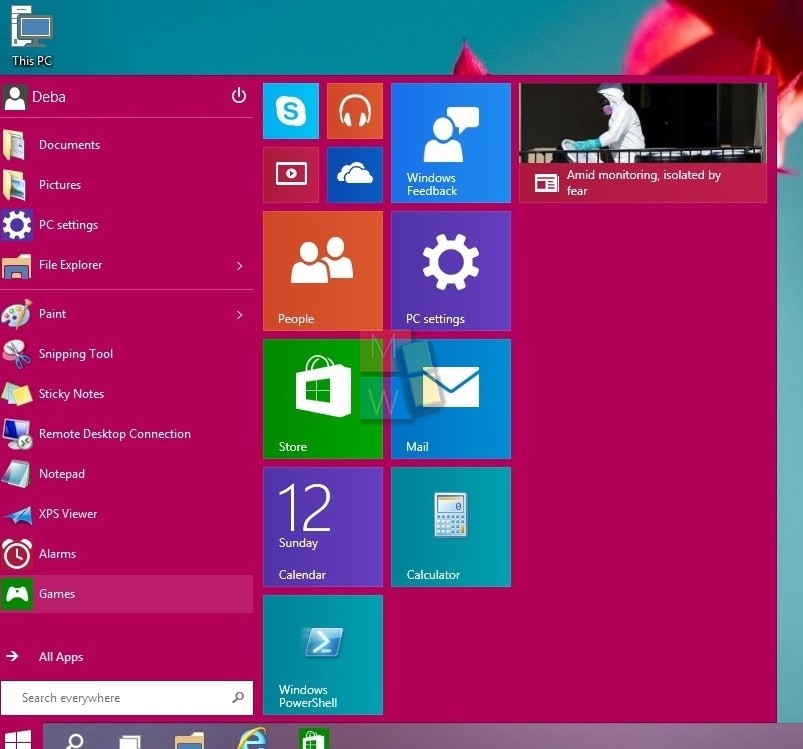 Also if you right click on the screen and go to its properties as shown below, there are few setting not seen previously.

Here in you can store and display all the recently browsed programs in start screen as well as in the task bar as shown below which in turn eases up your work in case you need to re-visit a place once more. 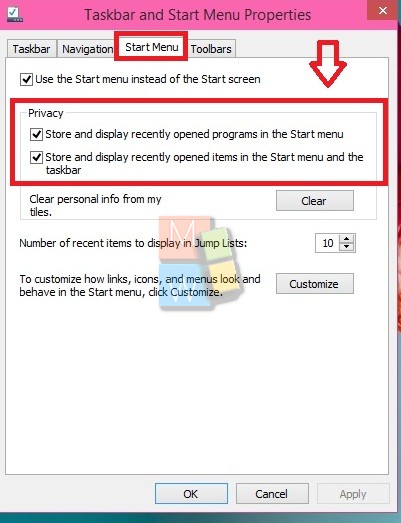 In addition to these, you can also clear out login form data from the apps pinned in the start screen by checking the option shown below to protect your privacy even more. You just need to press on clear button as shown below in the start menu properties. 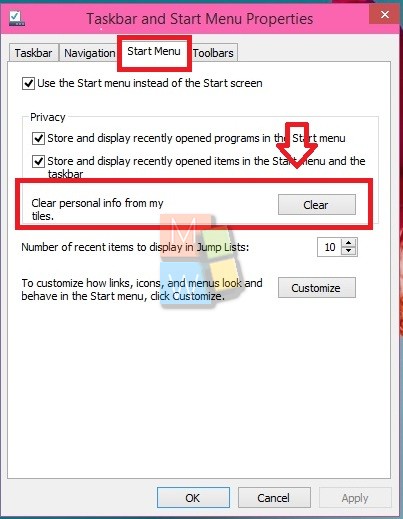 Well folks, these are the settings which are noteworthy this time in Windows 10. If you hit upon any kind of new customizations, drop in your comments below.

How To Check DPI Awareness Modes In Task Manager On Windows...

How To Customize The Taskbar On Windows 10?

A Complete List Of Narrator Keyboard Shortcuts in Windows 10

How To Reset The Settings Of TouchPad On Windows 10?