Analysts predicting a surge in Windows 8 hardware sales in the second half of 2013 may well see the first evidence of the truth of their claims over the St. Patrick’s Day celebration period. With deep price cuts across the lines of many hardware manufacturers, will this be the sparking point for Windows 8’s global domination? 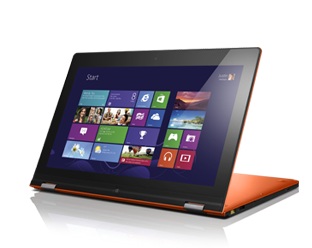 The increased sales volume around sales such as Black Friday, Cyber Monday and, of course, the St. Patrick’s Day Sale can account for a significant proportion of retailers’ – and manufacturers’ – annual revenue. Windows 8 devices now have a strong retail presence, with almost every manufacturer jumping aboard to release a device based on Microsoft’s latest and greatest OS (notable exceptions include LG, who is hedging its bets at current). They’re sleek, well-designed and carry a brand carved in the hearts of modern consumers forever: Windows ruled the roost during the nineties and early millennium with its Windows 95, 98, 2000, XP, Vista (ahem) and 7 variants. Some have accused the brand of cleaving too closely to traditional consumer computing models, ones which are no longer relevant in the so-called ‘post-PC’ era. These models are centered around the three following concepts:

Cross-device compatibility: Windows can run on most things if correctly configured;

‘Tinkerability’: advanced features are not withheld from the user, and ‘Open platform’: almost anything can run on Windows if it wants to, without restrictions, curating or hand-holding.

All of these models seem to be pretty good, right? Who wouldn’t want a cross-compatible, advanced, open operating system? It turns out, some people couldn’t care less. In fact, that’s the defining feature of the ‘post-PC’ era: people want one device, one Operating System, one ecosystem of content. They don’t necessarily want cross-device abilities. People don’t want to play with advanced features, either: they want a tool that just works. As for ‘open platforms’ – well, we’ve been growing up with Apple’s ‘walled garden’ as the dominant model (at least, as far as profits go), and most of us are very happy with it. It means our devices are more secure (although, technically, they’re only ‘more secure’ from ourselves).

Microsoft’s departure from these values in Windows 8 represents a paradigm shift in the company’s thinking. In trying to ape Apple and Google, they’ve lost a chunk of what they used to stand for. Nonetheless, their devices are popular; Steve Ballmer, Microsoft CEO, “ couldn’t be happier” with the way sales are going.

Which brings us back to our initial question: will St. Patrick’s Day lead to the surge in sales analysts are projecting? It’s possible. High retail visibility, combined with a growing quantity of app and media content and low prices (Intel’s vow at CES this year was to trim device prices below $700) could just be all that’s needed for strong sales performance. Strong sales performance and the creation of new Windows 8 device owners, Microsoft will be hoping, will provide the ‘proof of concept’ the platform so desperately needs. People are struggling to adapt the mores of the new system, and many of these problems lie in a lack of real OS proliferation. All it takes is one push – and then the analysts will have their day. Keep your eyes on this one.