Remember Skyscanner app that was launched couple of years back that provided service where users were able to search for and compare prices of domestic and international flights before being connected directly to an airline or travel agent to make the booking. Recently there was a confusion about the app being pulled down for Windows phone as some were able to still see and install the app from the Windows Phone Store and others could not. However, Skyscanner has confirmed that the app has been pulled from the U.S.A. Windows Phone app store and remains available for free download in all other regions. 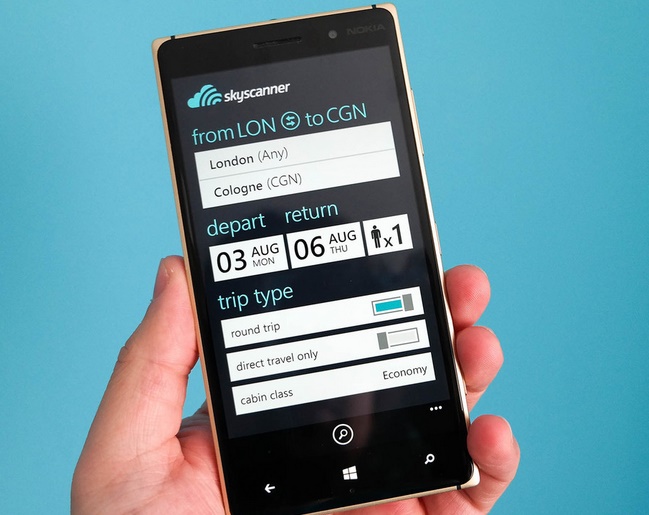 App’s developers have provided statement to Windows Central explaining the reason behind the confusion and their decision to bring down the App in USA. According to Skyscanner very few Windows Phone users were actually using the app compared to other regions and that many users preferred the mobile web version of their website compared to app which has made the firm to bring down the app from Web Store in USA and they also indicated that they are working on mobile web version of service to make it more user friendly so that more and more users in USA use it!

We’ve put this change into effect in the U.S.-only. Although we take a mobile-first approach at Skyscanner, we also are very much focused on the local intricacies of each market. In the U.S., our Android and iOS apps are the most popular, with a very small % of users being Windows users. With the global trend being Windows users are more likely to use mobile web, we’re concentrating on this aspect for the U.S. market.
– Skyscanner

Although it’s disappointing to see certain apps disappearing for Windows Phone app store, but with websites being better designed for mobile devices and the impressive size of most modern mobile phones, Skyscanner has made good effort to convert the disadvantage into advantage for USA users! Also, using the website for content consumption can often be as rewarding as it will also reduce overall costs for the companies on the publishing and developing end!