Samsung Series 5 and Series 7 slates will arrive on October 26th, the day Windows 8 starts shipping. These devices act like a thin tablet and a full-fledged laptop at the same time. Series 5 slate is powered by an Atom-based Clover Trail processor, while the Series 7 comes with an Intel Core i5 processor. 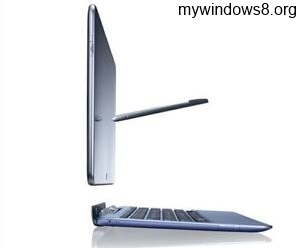 Both of these 11 inch slates support pen input, and will come with the S Pen apps that you may find on Galaxy Note 10.1. AllShare, DLNA media-sharing app; S-Launcher etc. company apps that you can see in Samsung android devices, will also be there in these slates. In addition Samsung has also designed other applications like media hub, e settings etc. exclusively for its Windows 8 slates. 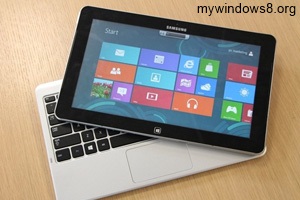 Series 5 has 2GB of RAM and a 64GB SSD (Solid State Drive).
Series 5 is powered by two-watt Atom Clover Trail processor.
Series 5 has a 1366 x 768 resolution screen.
Series 5 is expected to have about nine hours of battery life.
Weight of Series 5 is about 1.65 pounds. 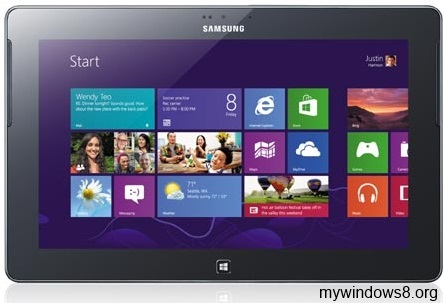 Expected price for the Series 7 is $1,119 including the keyboard, where the Series 5 will cost $649 without keyboard. You will have to spend extra $100 for the keyboard.