Nokia is getting ready to launch another new surprise for its dedicated users and this time it is supposed to be an 8 inch Tablet. The codename for the 8 inch tablet was first revealed in a social networking site, as Illusionist. So Nokia will present the gadget in early 2014 with specifications- Windows RT 8.1 and Qualcomm processor. 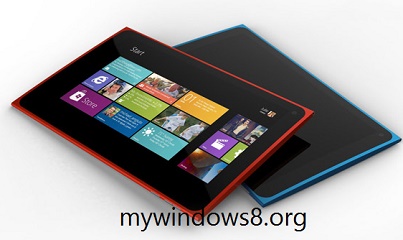 According to a reliable source of the world famous Finnish company, the tablet “will run on Snapdragon 800 and will have a 1080p resolution display. It will be faster and have higher PPI display than Lumia 2520 and will come with stylus support.” Right now Nokia has been working on several projects of Windows 8.1 and some notable products are Nokia Lumia 2520, Lumia 929 handset on Verizon and Lumia 1820. Rumors have spread already about the actual name of the device. Sources say that the tablet can be named as Lumia 2020 but the confirmation is a matter of time only.

While Nokia will be launching its tablet in the next year, so will Microsoft with its 7.5 inch Surface “mini”. News have been speculating for long that Microsoft will close its deal with Nokia in order to flourish its own hardware market globally. But due to pending regulatory approval both the firms are dealing with the existing products in order to avoid regulatory scrutiny.