Microsoft showcased a host of Start menu images to the Insiders in the Build 2016 Conference held at San Francisco. Most of the features are going to be incorporated into Windows 10 Anniversary Update. The images showed the potential changes in the Start Menu. Microsoft displayed a Sway where pictures of updated Start Menu with some suggestive changes were shown. The initial images showed a new user interface along with a new hamburger menu. Insiders were to vote the options that they like. If the design gets maximum number of votes then the feature will be introduced in the Windows 10 Anniversary Update. Even though the images showed a lot of new additions, but the exact functionality could not be understood properly. hence, polling without proper knowledge will be a complete waste. 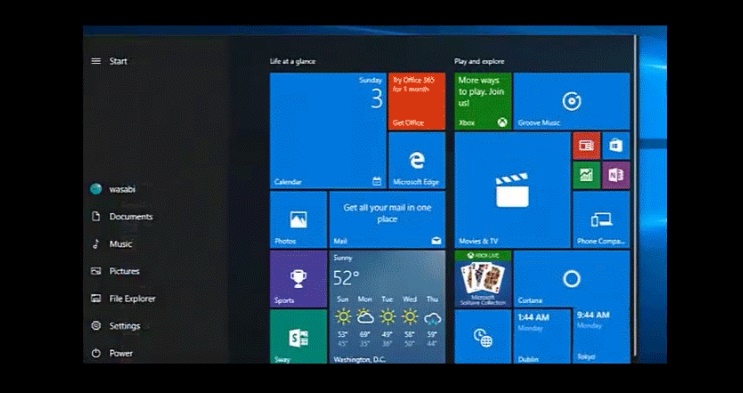 Hence, Microsoft was requested to provide additional information. In response to that the Redmond tech titan added a new gif to the Sway. As you can see from the gif, the hamburger menu hosts another list of items. The hamburger icon of the ameliorated Start Menu expands into a menu of customizable shortcuts. Several shortcut options, substantially the Quick Access menu and user account icon will be there.

Despite of the gif being shown, the overall concept of the new design is still equivocal. Later on the Sway has been updated to clarify that this change will be shown when ‘All Apps’ are being shown. If you are alien to the term Sway, then it’s to inform you that Microsoft has incorporated new way of arranging and customizing images in the Photos App. You can see the Sway here.