Microsoft is going to release Windows 10 at the end of summer 2015 or early fall. This news has been confirmed by Microsoft Chief Operating Officer (COO) Kevin Turner. But no further information could be fetched from him. Windows 10 has released its Technical Preview and the version has been greatly interactive with users and developers. Developers can submit their suggestions and feedback. Hence there is a lot of improvements based users suggestions. Windows 10 has brought a huge modification from its previous versions in terms of the user interface, The Start button has reverted back with Windows 10 which once vanished with Windows 8. The supposedly annoying Start screen has been given a space beside the All Apps screen of the Start Menu. Besides this, the Charms bar which was also the source of all confusion to many, has been removed partially. 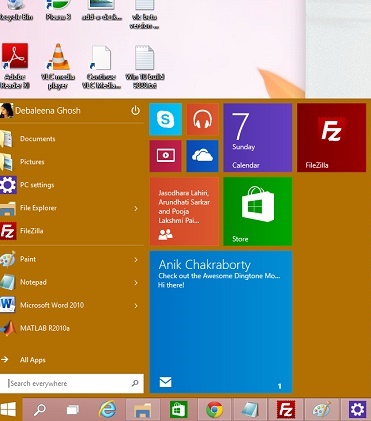 According to news, Microsoft has plans to release the consumer version by early 2015 which will include a cornucopia of new features, animations, continuum, icons and many more. We have already heard that Microsoft is envisioning You can read more from here