Android has the biggest market hold in mobiles and tablets followed by iOS and then Windows. Windows which had been in the 4th position, beat BlackBerry and moved to the third position with a feather in the crown for being one of the top three OS. However Microsoft has long term plans and is targeting the low end Android devices. On account of that, they are offering Windows for free on devices which are smaller than 9 inches and also facilitating Windows 8.1 with Bing as well. 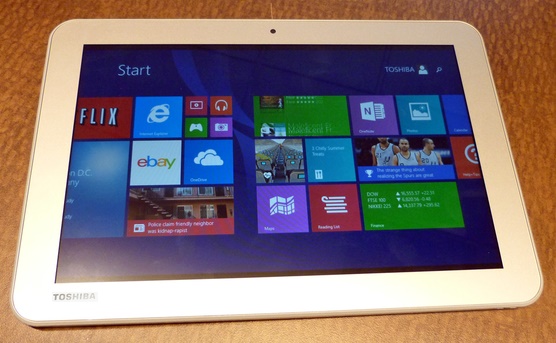 Windows 8.1 tablet for just $100 has been a matter of shear awe and surprise. The device announced at Computex is built by Emdoor will sport quad-core Intel Z3735E ATOM processor, 1 GB of RAM, 16 GB of internal storage, and an 8 inches 1280×800 IPS display. The device claims to run full version of Windows 8.1. So leaving the space consumed by the OS, a very small space is left for storage approx. 8 GB.

Now before being convinced easily you must question yourself on fee basics. The device is coming with IPS display at such a lucrative price is making us doubtful about its performance deliverance. Moreover such low price for high specs will definitely reduce quality of hardware leading to possibility of device hangs. If the device does not turn out to be something amazing or at least good, then it’s going to be a threat for Windows 8.1 OS. Microsoft must not forget that Windows 8 has been a controversial OS and despite so many modifications and updated it has still not managed to become everyone’s thing and has long way to go. A break down due to lower quality in hardware will reflect on the OS from users perspective.

Let’s wait and watch how these devices turn out ultimately. We always hope for the best.