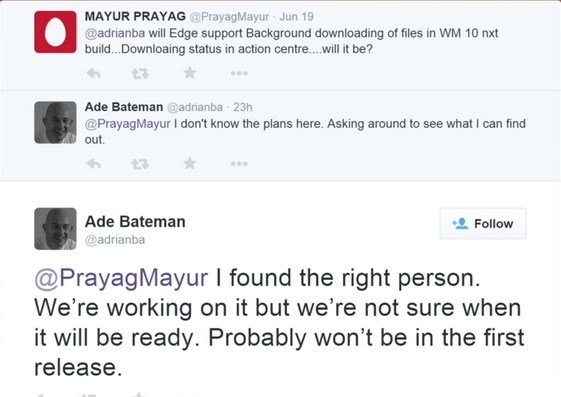 Now it seems that the feature will eventually roll out after few more builds. So now the question is why is it even a big deal? While many of us will not bother about this background downloading feature, there are many who placed request to bring back the feature as soon as possible. The increased number of requests have made Microsoft to think about it.

Microsoft Edge Program Manager Ade Bateman answered the question of a user saying, “We’re working on it but we’re not sure when it will be ready. Probably won’t be in the first release.” So it is clear that the background downloading feature is on the way towards Microsoft Edge. The new feature will arrive after few builds and users will receive it via update of the Microsoft Edge app.