Microsoft is all set for the IFA 2014 at Berlin and the company has induced sheer excitement among Windows lovers by posting a tweet from the original Microsoft Account. The tweet said,”Big things are happening in the world of #Windows. Stay tuned. #IFA2014″. So now we are wondering what big things are coming. One thing is sure that all these big things will sum up with Windows to present something resplendent. Since the tweet came directly from Microsoft’s official Twitter account, it confirms that neither the change is coming from hardware nor for any third party software. 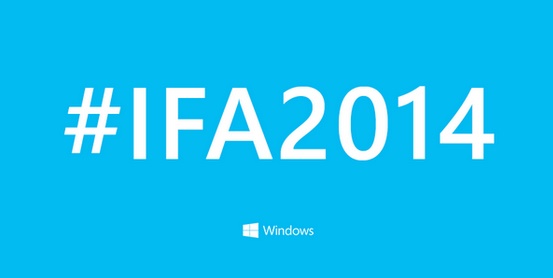 We do not know if the new things mean Windows 9. The IFA event from Sept 5 to Sept 10 will clear all our confusions. So, “big things” related to Windows can be inferred as not only as update but also as introduction of new innovations like smart wearables. Previously we heard that Microsoft is going to launch a new wearable in October. Now let’s wait and see what comes out from store of Microsoft.

Big things are happening in the world of #Windows. Stay tuned. #IFA2014 pic.twitter.com/KiNWfivTxG