Lumia Moments app lets you create Living images by extracting shots of 2 or 2 seconds from a video and create the images. You can extract the shots from your videos or Moment shots. There are some exciting features incorporated in the app. One of them is the Best Frame. Best Frame finds out the best images for you with which you can make beautiful live images in the camera roll or Lumia Storyteller. You can also add strobe effects and insert blurs to show motions in a vivid and realistic way with the Action Shot. 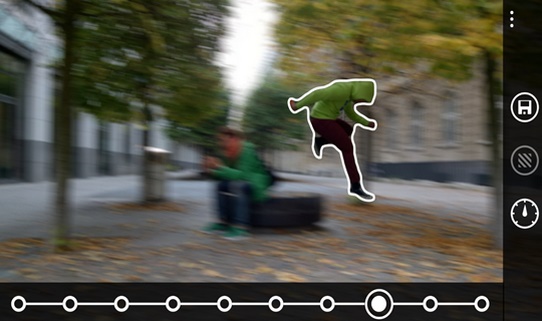 Lumia Moments can be downloaded from Windows Phone Store but the aap is not available to all Windows Phone. It’s limited to only Lumia 830, Lumia 930, Lumia Icon and Lumia 1520 and it will come as a new update inside the Lumia Denim update. When Lumia was a product of Nokia, it had a number of apps Photo editing apps and one of them was the Cinemagraph. But just as Microsoft acquired Nokia, most of the apps vanished. Now the Lumia Moments app has similar features to that of the Cinemagraph but this Moments is available for only some Lumia Denims.