Free space in Windows operating system is an ambiguous and confusing thing. When you delete files in a window, it seems that the files have been erased from the hard disk memory. In reality, this is far from truth. Even though you find that the files have been removed, but it remains in the hard disk until it is overwritten by any new data. In Solid State Devices, it is difficult to recover deleted data because SSDs deploy TRIM and garbage collection which makes it difficult to recover those data. In Windows operating system, there is an in-built utility tool called Cipher. Cipher helps you to wipe off free space from a drive so that the data is actually removed from the memory of the computer. Cipher works on the basis of three passes. The first pass fills the free space with zero data, the second one fills it with 0xFF numbers, and the final pass fills it with random numbers. Hence, wiping off free space using cipher tool takes a lot of time.

You need to close all the applications while running the cipher utility tool. 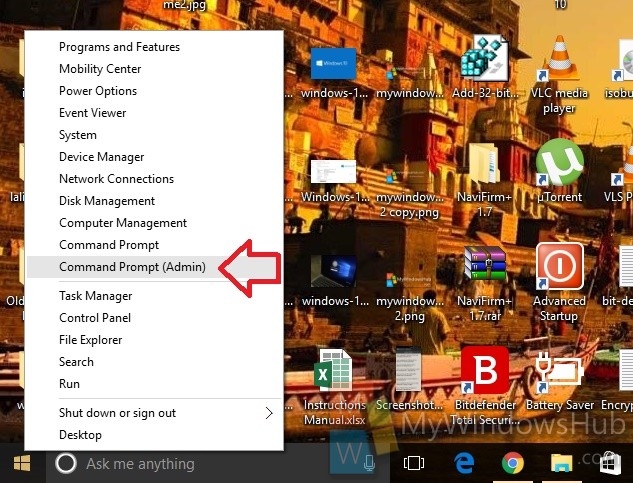 2. Now type the following command and then hit Enter.

You can replace the letter ‘C’ by another other drive letter whose free space has to be wiped off. 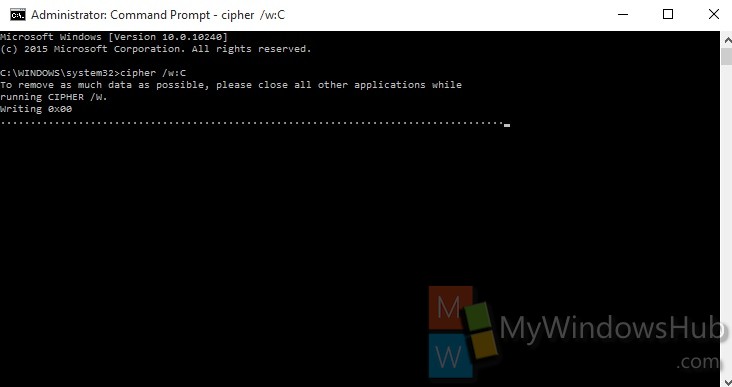 The wiping process will take some time. 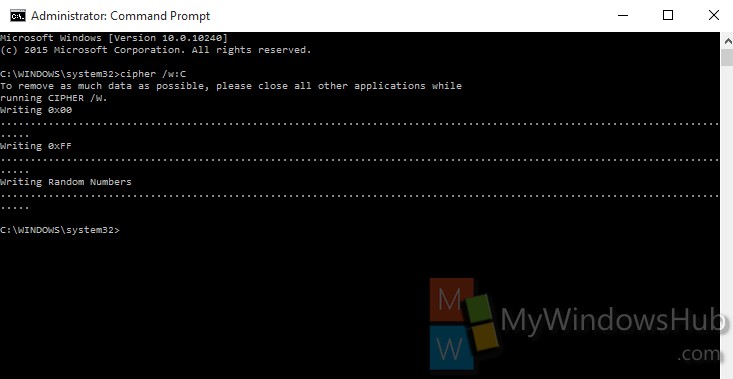