Xbox players must be well aware of the fact that Windows 10 doesn’t allow you to check the battery percentage quite easily. While playing games on Xbox One, you have to connect the Controllers with your laptop or desktop with either a wired controller or an unwired controller. As mentioned earlier, Windows doesn’t provide an easy way to track the battery percentage. Hence, there is a third party application called XInputBatteryMeter. The application works for Windows 7, Windows 8/8.1 and Windows 10. Even though the app shows the battery percentage of Xbox One controllers, it is compatible with other controllers as well. In fact, it is compatible with all those controllers that use the input controller service. To make the app work for other types of controllers, users must have the latest version of DirectX installed. 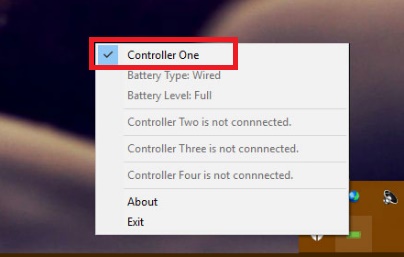 The following tutorial will help you to view the battery percentage for Xbox One Controllers.

Steps To View Battery Percentage For Xbox One Controllers In Windows

1. Download XInputBatteryMeter. Next, install the application. Once installed, the app runs from the System Tray and supports up to four connected controllers.

One thing to note down here, the app will not help you connect to a controller. So this app can just show your battery percentage but is in no way a troubleshooter. It won;t even warn you about low battery. This is informed because it’s not a support system for Xbox of other game controllers.