Icons are used to help people identify anything more suddenly and easily. Hence, Windows has a pool of icons for all its Apps, shortcuts and so on. These icons are stored in a cache called the icon cache. Sometimes, the system files get corrupted and results into removal of icons or wrong assignment of icons. In that case, it becomes necessary to rebuild the cache. The hidden icon cache IconCache.db file for each user is located in their %LocalAppData% (“C:\Users\{user-name}\AppData\Local”) folder. The following tutorial will help you learn the process of rebuilding the cache in Windows 10.

Steps How to Rebuild the Icon Cache in Windows 10 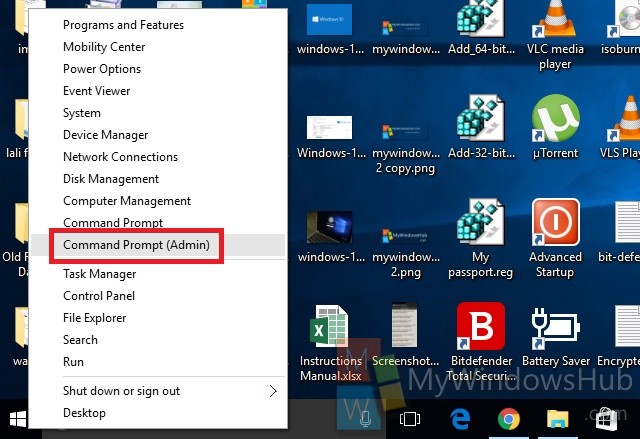 2. If you want to rebuild the Icon Cache, then type the following commands one after another. Press Enter after each command.

shutdown /r /f /t 00
The last command will shutdown you PC and then reboot again.

Hopefully, your problem will be solved. 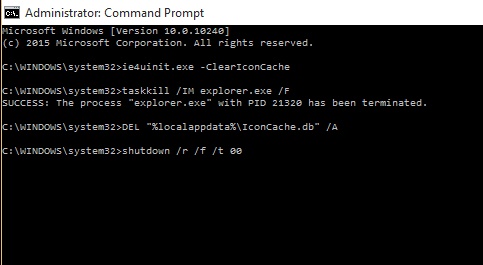