In Windows operating system, quite often we pin frequently used applications to the taskbar. There are several apps that we need to use regularly. The Taskbar contains some fundamental apps by default which are assumed to be useful to users. If you want, you can pin new apps to the Taskbar and unpin apps from taskbar. The process of pinning an application to the taskbar is very easy. All you need to do, is right click on the app or the shortcut of the app and click on “Pin To Taksbar”. When an application as been pinned to the taskbar and the application is being opened, then the app icon is filtered with a square with a bold straight line at the bottom. You can refer to the image below. 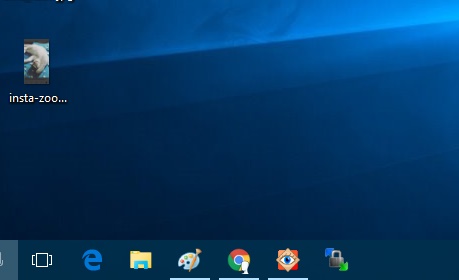 This works perfectly fine for all versions of Windows. But in some Builds of Windows 10, there is a bug that separately opens the app in the taskbar. This means, if you open Chrome, no matter how many tabs are opened, the Chrome icon on Taskbar will glow in a square and no new icon of Chrome should appear separately. This is how it should work. But in the buggy Builds, there will be duplicate icons on the taskbar, implying that the pinned apps are not opening as it should. It has been observed that the problem occurs with Desktop apps like Chrome, Firefox, or any such application. The bug does not attack the Windows default apps like Microsoft Edge, File Explorer etc.So, how to solve these malfunctioned pinned apps?

1. The problem arises if the Build has a bug and if the app has been pinned in a wrong way. Suppose, you have pinned the app from Start Screen, then this problem may occur. To fix the issue, open the app in which the problem is persistent. The app will open separately in the taskbar like a duplicate. Right-click the pinned app icon and select ‘Unpin from Taskbar’.

2. Next, right-click on the app icon that shows the app is still running.

3. Click on ‘Pin to taskbar’ from the menu. Now, drag the icon and position it on any location on the taskbar.