Dell has announced a new tablet called the Venue Tablet which will be running on Windows 8.1 at the Intel Developer Forum recently. The tablet will contain Intel’s new Bay Trail Atom processor. Venue was originally the brand name for mobile devices that Dell manufactured. Dell which rolled back its 5-inch and 7-inch Android smartphones called Venue is trying to get back to the markets not with smartphones but with the Venue Tablet sharing the same brand name. The company also tried luck with the Venue Pro a few years back which was a Windows 7 smartphone but it failed to gain much success. So, last year Dell stopped manufacturing the Android and Windows 7 smartphones and is now trying to make a comeback with the Windows 8.1 tablet. 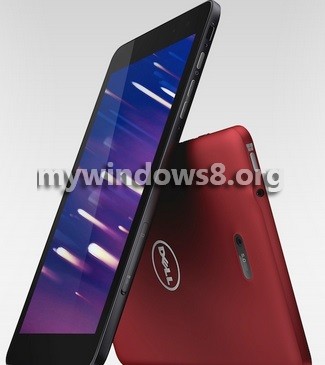 As the information is, the tablet will sport an 8-inch screen and it is said to have a longer battery life. Moreover, Intel’s next-gen Bay Trail Atom chip is a quad-core processor. The tablet is also said to have cellular connectivity options like the 3G or LTE. The screen resolution will be 1280 X 800. An HDMI out and support for microSD card slot are among the few features of Venue Tablet. It will also come with stylus and keyboard option. The Intel chip tablet weigh as light as 14.1 ounces and is said to offer 8 hours of battery life even while watching high-definition videos.

Dell do has a few tablets out in the market – the Windows RT XPS 10 tablet and the Windows 8 Latitude 10 but the Venue will be used on a smaller Windows tablet as compared to its counterpart. Venue will be targeted at both the consumer market and enterprise users. Though Dell has not revealed much of the tablet’s features we can expect to know more about it on 2nd October when the company will officially launch the product.