As we all know, Windows Builds in Fast Ring contain innumerable bugs because these Builds are rolled out as soon as they are developed. Hence, often users face dangerous bugs which restricts normal functioning of the operating system. Microsoft rolled out the Windows 10 for PC Build 16275 couple of days ago. Within a few days, a new Build has been made available with build 16275. The build doesn’t contain any new features but a plethora of bug fixing features. The new update has come from the Redstone 3 Development Branch the Build is also a preview of the Fall Creators Update, which is slated to be finalized next month 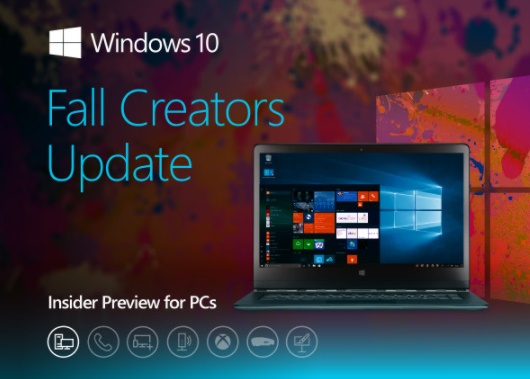 Bugs involved situations, when Slideshow was enabled while awaking the PC from sleep a second time, the Lock screen got stuck in such a state, that it couldn’t be dismissed without pressing Ctrl + Alt + Del. The Build caused the taskbar to thicken abnormally when the PC was plugged in to an external monitor with a different DPI.

Check out the updates as stated by Microsoft:

Some of the x64 versions of Windows 10 Pro and Enterprise aren’t available right now. These also include following languages: “EN-GB, FR-FR, DE-DE, RU-RU, PT-BR and several others.” Users who has skipped directly to Redstone 4 development, will not get the Build.