Blue Whale Challenge Game is one such menace of the society that is driving vulnerable teenagers to commit suicide. A recent incident involving the suicide of a 14 year old student from India has raised an alarm among people of our society. Parents are worried about their children after the mishap. What can parents do for the safety of their children People who are still ignorant of this game must take special note of it. Blue Whale Challenge Game is a dare game where teenagers are targeted by a group of administrators in social media where the teenagers playing the game are given different tasks over a period of 50 days. The dare starts from trivial things like watching a horror movie, listening to a music etc. Slowly as the step progresses, the game turns into a deadly one where players are instructed to self-mutilation and self-harm. This includes pricking needles in arms, cutting veins, mutilating body parts and the last being suicide or death. 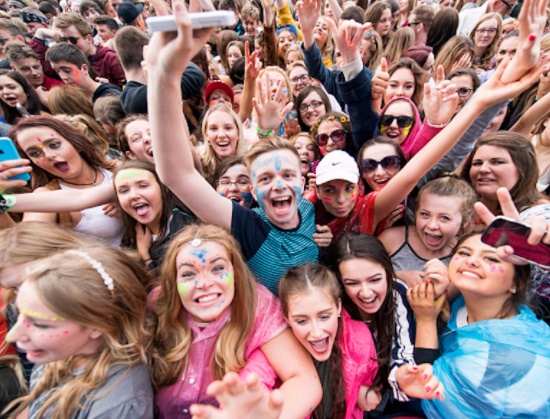 In a generation of internet and social media, we all know that we are growing apart from each other where we no longer communicate with our families. Despite having a huge number of friends online, teenagers are often found to be lonely in their lives. This delicate part of their life is exploited by some criminals. The Blue Whale Game was first started by a Russian Psychology student named Philipp Budeikin. The person was expelled from the university, he was studying in. Later on, he took the responsiblity of starting the game because he wanted to clean the society of people whom he considered to be not worth living. later on he was arrested and sentenced to imprisonment. The game has diverted many teenagers to death. Some have been resuced while others have died a miserable death. the recent incident involves the mysterious suicide of a 14 year old student from India who allegedly participated in the Blue Whale Challenge.

Now that you have got an idea of the spine chilling game and events, you must be cautious and alert of the surroundings of any child known by you.

The challenge has been blamed for the deaths of more than 130 children in Eastern Europe as well as two teenagers in the USA. Several children even in the age group of 10-12 years have allegedly harmed themselves owing to the game addiction. Teenagers from Columbia, China, India, Argentina etc. have taken part and harmed themselves.

What Precautions have been taken by Social Media

Social Media websites are scanning and removing any groups which is suspected to be related to suicide and games. There is no gaming app called Blue Whale. The game is played in chat rooms and groups. Many users have previously posted their self-harm pictures on Instagram. Instagram now issues a warning to users trying to find the “suicide dare game”, directing them to the Samaritans, a UK-based NGO.

What Precuations Can Parents Take?

Parents should look at the matter with utmost seriousness. They should interact with their child/children more often. Parents shpuld keep an eye on the whereabouts of their kids, the friends with whom they are mingling, the group chats where they are chatting.

Here one important thing to learn is that no suicide game is presented in front of teengaers with the name ‘suicide game’. They often come camouflaged as normal dare games. So, parents should always befriend with their kids, try to learn about their friend circles, their interets and help them cope with any sort of depression or pressure from peers.