Home About all new Windows 8

About all new Windows 8

Windows 8 is an operating system by Microsoft which is likely to available from 26th October 2012. One of the most interesting information about Windows 8 is that the development of Windows 8 was started even before Windows 7 was launched in 2009.

Before the final release, a number of preview versions were available to enhance the development and testing and finally the world is awaiting the Windows 8. The previous versions that were launched during the development phase are Developer Preview, Consumer Preview and the Release Preview. 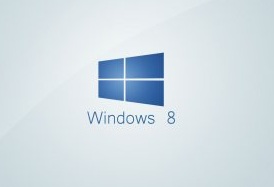 This is the most talked about feature that is new in Windows 8. The Metro Apps studded Start Screen with an outstanding clarity and colorful appearance is sure to drive you crazy. The final release of Windows 8 has different Start Screen patterns with a high level of customization options. The patterns when applied will change the background keeping the Metro Apps intact. There is a color picker option available to enhance customization to a new level. Thus it does not hamper the visibility and easy access of the applications. The new range of patterns was not available in the preview versions. The final release will show case this new Start Screen.

This User Login of Windows 8 has few new features like an all new lock screen with date and time display and Notification Alerts. For touch screen devices like Tabs and Smartphones, two new login methods are available. These include- a four-digit PIN or a pictorial password. In order to login this picture password allows the use of certain gestures or patterns performed on a selected picture. This is not only entertaining but at the same time enhances the login speed by 3 times.

Windows 8 uses a new platform known as the Windows Runtime (WinRT). This platform helps to create a new type of application that runs in a secure Sandbox. WinRTallows for the use of various programming languages to code apps, including C#, VB.net, or HTML5 and JavaScript.

The new platform is primarily designed for 16:9 screen resolutions, with 1366×768 and larger screens are able to display two applications side-by-side by “snapping”. 1024×768 screens can display one application in full-screen, and 1024×600 screens can only use the traditional desktop applications.

The Windows Store is a digital platform which helps you in e-shopping of various software and Apps purchases.

Windows 8 provides support for multi-monitor configurations. In this facility the taskbar is shown on multiple monitors or displays. Not only that each display also shows its own dedicated taskbar but each display can be assigned separate wallpapers and displays.

It is similar to Windows Office or Windows Essentials and replaces the formerly known Windows Explorer.

The new User interfaces introduced in Windows 8 are:
1. A language codenamed “Metro”– which is available for touchscreens, mice and keyboards.
2. Charms Bar– which is the way to all Apps, Settings, power and many more. You can go to the Charms bar by pressing Windows + C.
3. Full screen layout for different opened Apps that can be swapped from one to another by taking the cursor to the top left and dragging downward without pressing the left key.
A shutdown process– which is also accessed via the Charms Bar and then it directly takes you to the Power where shut down option is available.
Unlike Windows 7 there is no Start option on desktop and each and every files and Apps are handles through the Charms bar.

Windows 8– It is for personal or domestic use.
Windows 8 Pro– It has encryption, virtualization, domain connectivity and PC management features, so it is useful for the Pro session of users.
Windows 8 RT– It is for ARM based devices like tablets.
Enterprise Edition– It includes all the features of Windows 8 Pro plus features for IT organizations. Features of different Windows 8 Editions

How Windows 11 And Windows 10 21H2 Can Prevent PrintNightmare, Ransomware...