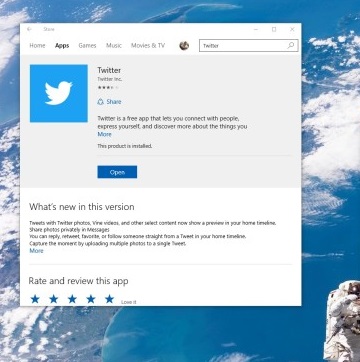 Two of the most promiment features of Twitter which went missing since the Windows 10 update are the multiple account management and Twitter quotes. This means now with the updated app, if you want to Retweet, you will get two options, one to simply Retweet and the other to quote the tweet im order to add comments. These features are not new in Windows. They were already their in Windows 8. The features have made a re-entry with the new update of Twitter.

Other features which have come back to Twitter for Windows 10 are managing and viewing lists, browsing a new “happening now” section that shows popular tweets and topics. Right now the App has integrated all of the important features available. You can download the app and experience the Twitter app.